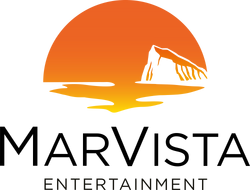 MarVista Entertainment, a FOX Entertainment Company, is a leading global entertainment studio, producing and distributing a variety of content across the world. With a library showcasing nearly 2,500 hours of content, and with an average of 80 new movies per year added to the company’s development and distribution pipeline, MarVista is one of the largest suppliers of movies to the worldwide marketplace. MarVista has an expansive distribution footprint spanning more than 125 global territories and is a pre-eminent programming partner to major streamers and media companies, including Netflix, Hulu, Discovery+, Tubi, Disney Networks, Amazon Prime, WarnerMedia, Lifetime, Hallmark Channel, NBC Universal, OWN, Nickelodeon, BET and other Viacom Networks, as well as key international platforms. MarVista’s recent projects include the Amazon Prime Video release “Christmas is Canceled,” starring Hayley Orrantia, Dermot Mulroney, and Janel Parrish; indie features, including “Stay Awake,” with an award winning debut at the 2022 Berlin Film Festival and starring Chrissy Metz; the IFC release “Hunter Hunter,” starring Devon Sawa, Nick Stahl, and Camille Sullivan; and the GLAAD nominated “Under the Christmas Tree,” Lifetime’s LGBTQ+ led movie starring Elise Bauman, Tattiawna Jones, and Ricki Lake; and the Hallmark Channel original drama series “The Way Home,” which will premiere in 2023.

TMZ goes where stars work, live, and play and takes its audience into a world where the reality is even more fascinating than the hype. TMZ breaks the biggest stories in entertainment as only it can with accuracy, irreverent humor and youthful energy. TMZ connects with the public across its broadcast and digital platforms by providing a fresh, unvarnished, and honest take on celebrities and their real lives. The TMZ brand is the most trusted, the most talked about, and the highest quality entertainment news outlet in the world.